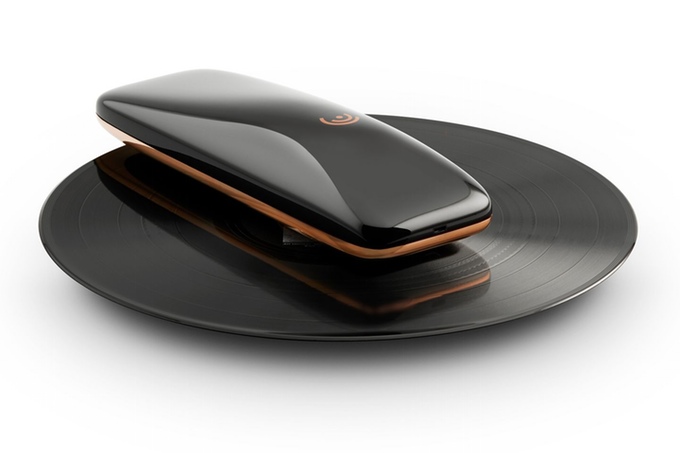 Back in October, we found the Magnetic Levitation Turntable (MagLev), now we’ve found another revolutionary (sic) turntable – Love Turntable. In this case rather than rotating the record, the Love Turntable rotates itself around the record, using Bluetooth and/or WiFi to connect to your audio device – it even includes a Bluetooth receiver, if your HiFi doesn’t have one.

This device has an internal rechargeable battery, and WiFi and Bluetooth output / control. The unit comes in two parts, a base you put your record onto, and the player that sits on top and spins around to play your music. There is an App for your Tablet / Phone, however you can also drive it with a tap of your finger on the top, selecting tracks and start/stop.

This is another Kickstarter funded project, and we think it’s great fun – giving a new lease of life to your records without the bulky player. Love Turntable say it’ sof audiophile quality – we’ll have to listen to one to tell whether this is the case, however the convenience and delight this has is worth it on it’s own! 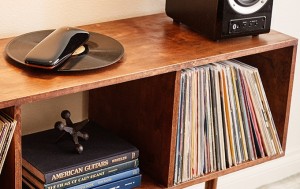 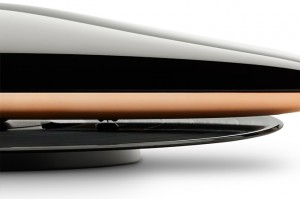 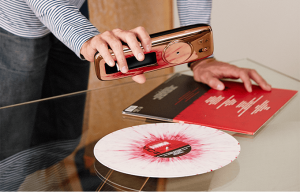 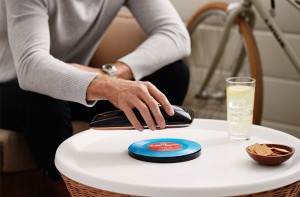 Record Base – serves as a platform to hold the record, and as a mount point for LOVE. It has no electrical function and does not rotate.

Top Portion – contains the playing cartridge, all moving parts, and all electronics. It mounts to the record base via the spindle and rotates the needle around the record. It includes buttons for basic operations.

LOVE Smartphone App – The mobile application provides the primary user interface for the turntable. It allows control of all playing functions, connects to the database, or to selected third party services.

Remote Control – The app will provide a remote control interface to allow control of all playing functions.

Content Metadata Display – The app can display data about the currently playing music that is reported from a 3rd party service such as Discogs.