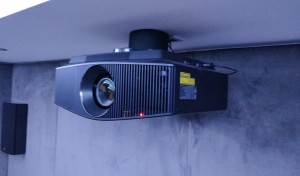 This dedicated room was built for a film enthusiast and inspired by our showroom. full 4K UHD HDR capability,and Dolby Atmos 7.4.2 were a must-have spec. With upholstered wall panels providing a combination of a cosy feel with great acoustic treatment. Lighting was provided by a combination of downlights and an RGBW LED strip around the ceiling reveal, and blackout blind. Lights and Blind are controlled by Rako lighting controllers, and integrated into a Logitech remote to provide simple control for the whole system.

Amplification is from an Anthem AV receiver and separate amplifier, talking to a Sony VPL-VW760ES projector via an Optical 4K HDMI cable through the ceiling. The speakers are a combination of DALI Rubicon on-wall, Atlantic technology in-ceiling, Revel sub-woofers and DALI S180 in-wall front speaker behind the acoustic Cinemascope screen.

A Sony UBP-X1000 4K Blu-Ray player provides the majority of the movie sources, with other inputs from a 4K NOW tv box, Sony Playstation and audio only via Bluetooth. 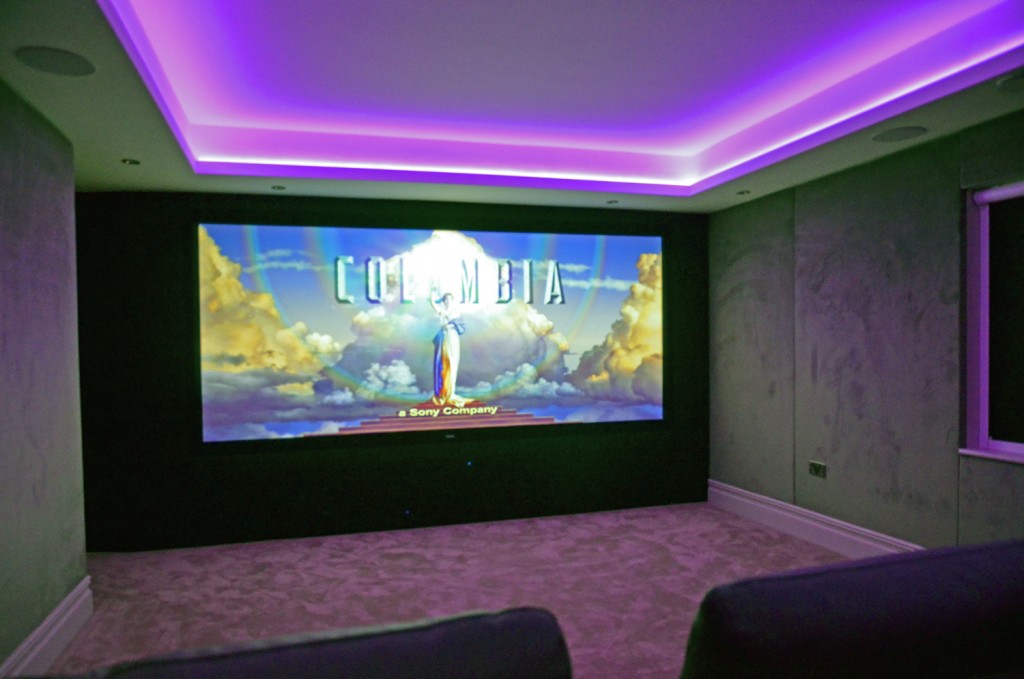 The Acoustic Cinemascope screen was brought forward to be in-line with the front of equipment cupboards built underneath, with Sub-woofers hidden to the sides of the equipment cupboard, and the screen surround also from acoustic fabric to help prevent any unwanted Sub-Woofer effects.

Seating costists of two rows of Black leather Palladio Firenze electric seats, with the rear row on a platform for the perfect view for everyone. This has clearly become a very popular room in the house! The modular nature of the seats means that the central love seat (seen in the back in the picture above), is easily moved to the front – alternatively put, the central arm in teh front row is easily moved to the back row…