We were approached by the Executive Producer of several Academy Award winning movies to convert a rather ghastly looking underground store room into a subterranean cinema room with seating for 10. First glance didn’t look very promising, and we were struggling to find a way to cram 10 decent sized seats into the space, however with a bit of invention, which included swapping the layout end for end, and managing to raise the ceiling up (which effectively lifted the ground level outside).

We decided to go for a bit of computer modelling on this design, as it meant that we could accurately measure the space to squeeze in seating for 10, and sight lines etc. to try and ensure that the screen wasn’t shaded by the ceiling, yet everyone could still see the screen well. 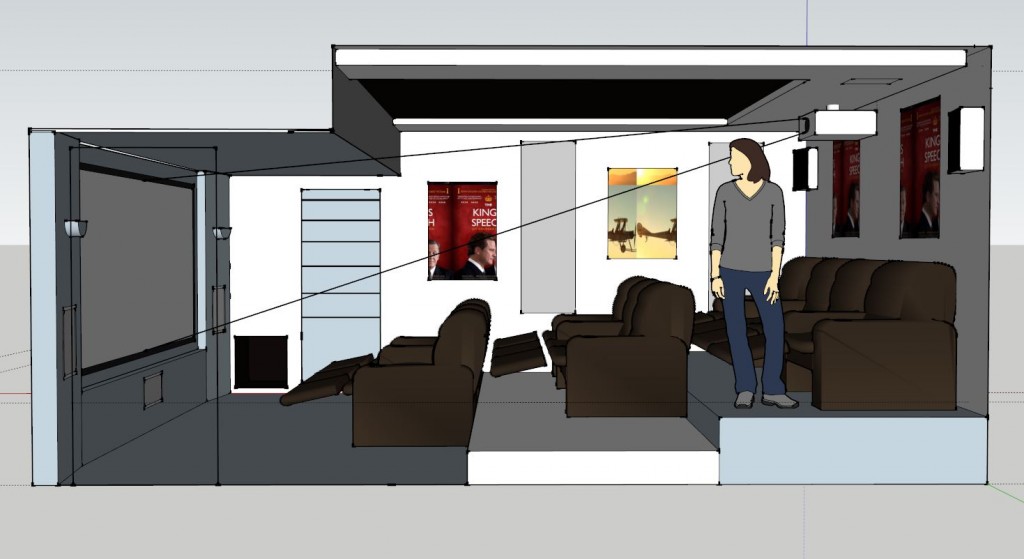 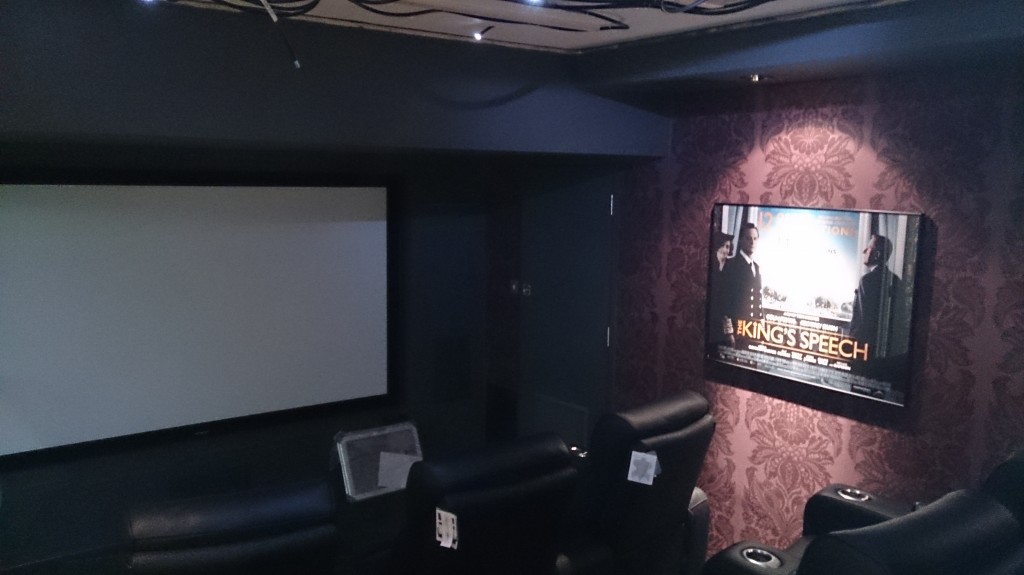 Room not quite finished showing ceiling fibres exposed waiting for the star ceiling. 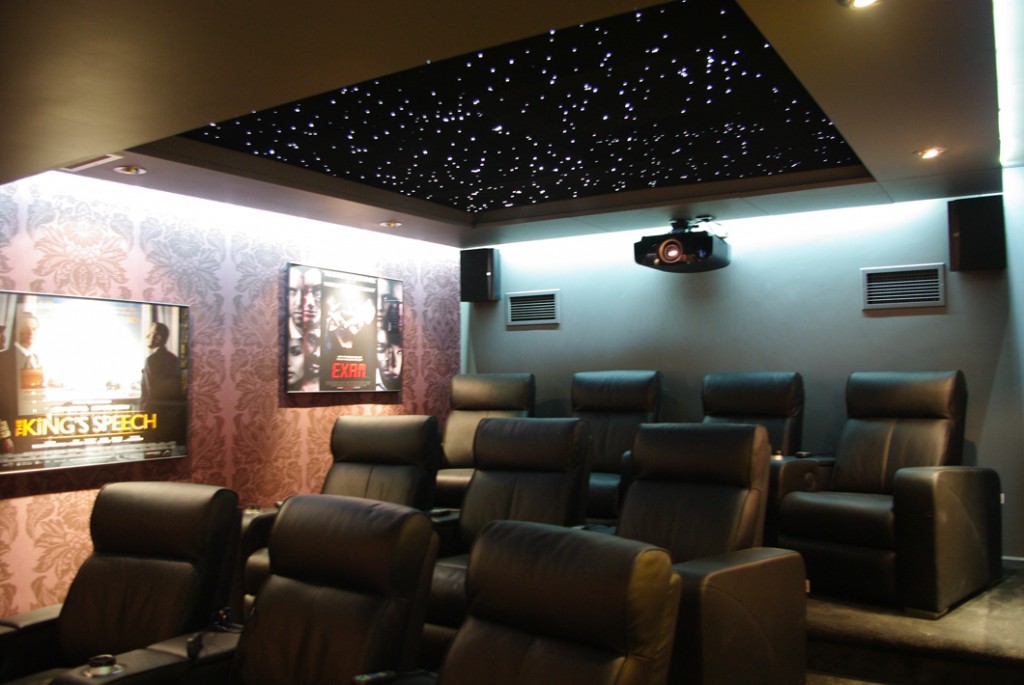 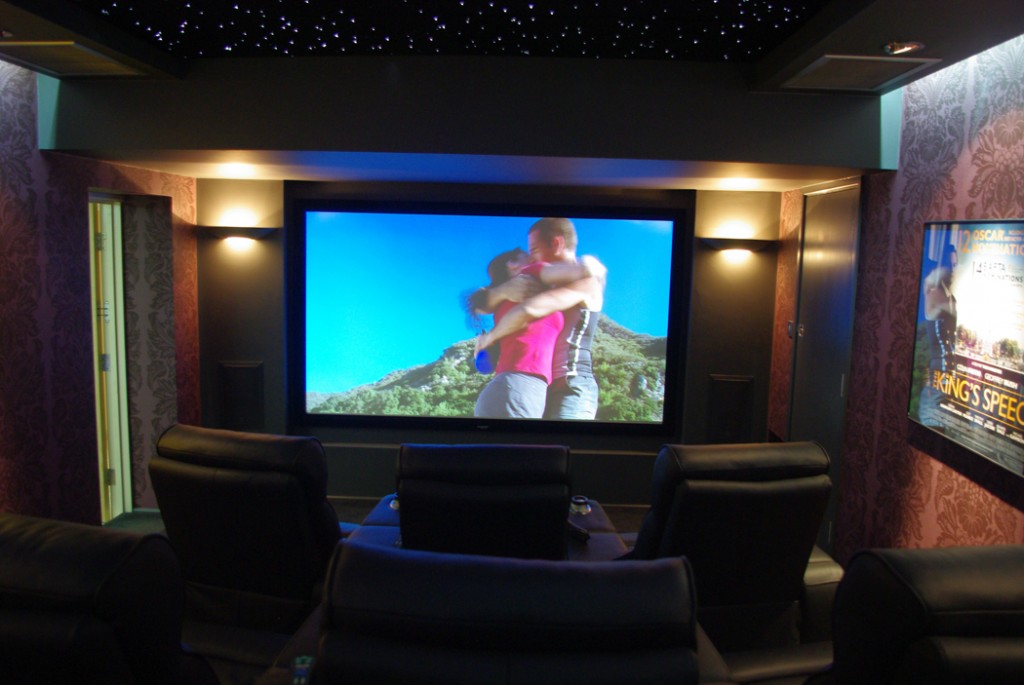 Some care was taken with the lighting for this project, with a surround LED wall wash, 4 x ceiling down light / spots for film posters on the walls, 3 x floor/step lights & 2 x front of house lights either side of the screen. These were all controlled by individual Rako dimmer modules which included control of the star ceiling via the wall switch panel and remote control.