We have found that older Linn tonearms tend to become a bit sticky, as dust and dirt drop into the tonearm bearings and can make the arm “notchy” and causing tracking issues. The usual response was to buy a new tonearm, however this need not always be the first resort.

With a ittle bit of effort, it is frequently worth rebuilding the tonearms, with new bearings and wires. Our local Expert in tone arm bearings, Martin shows us the fruits of his labours, with a couple of arms here laid out ready for reassembly: 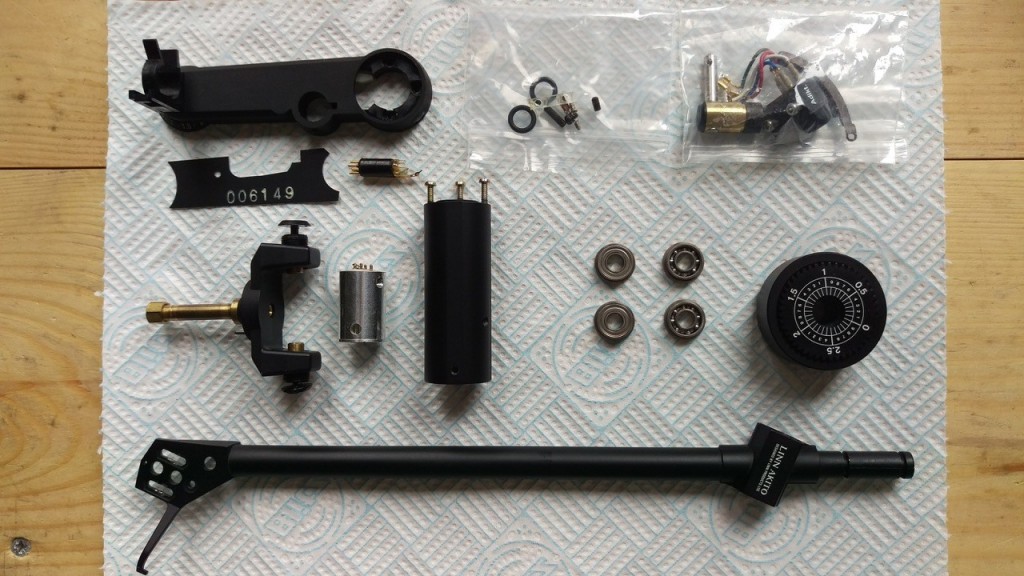 This tonearm (above) came on a turntable we last serviced 12 years ago. The vertical bearings were a little bit stiff, however the horizontal bearings were quite notchy and badly in need of attention, needing more than 3g of sideways force at the end of the arm to break it free from the notch. This was more than enough to cause the stylus to skip a track, causing grief to both the record and listener.

With Martin’s majik touch, and going through a host of bearings to find the best ones, the arm is now rebuilt as good (if not better) than new. In this case the arm wiring was also replaced as the existing wires were damaged during the difficult job of dissassembly.  The arm now moves freely – if set for zero tracking force (i.e. floating horizontally) a small piece of paper placed above the cartridge is enough for the arm to pivot downwards, and the slightest breath will have the arm sliding sideways. No problem with tracking the groove now! 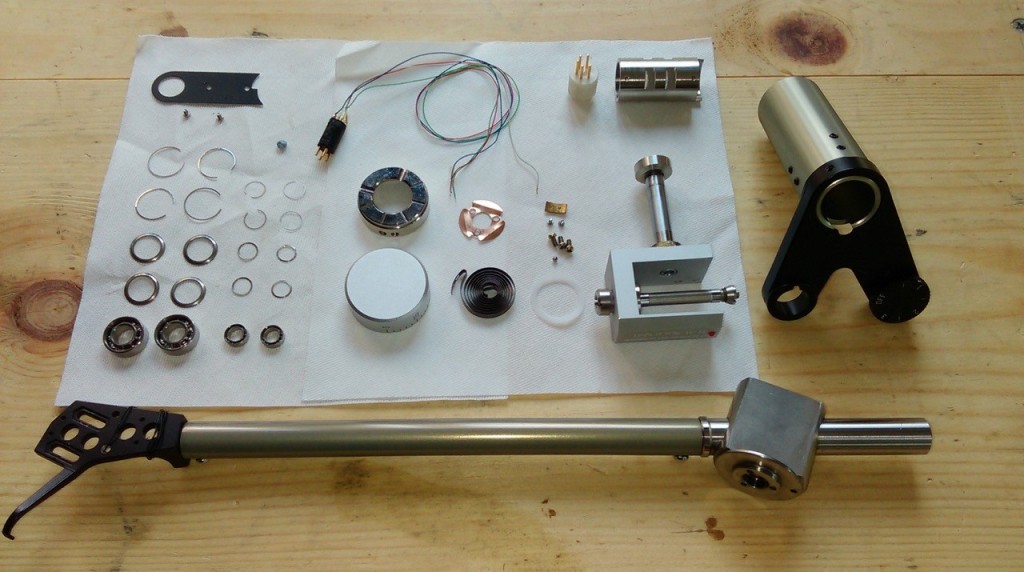 The Ittok arm (above) also had dire problems with the horizontal bearings skipping tracks and rendering the turntable unusable. In addition, the Vertical Tracking adjustment had gummed itself up so that it could no longer be moved. Some hours and a new set of bearings later, the arm is re-assembled to smoothly glide over the record, picking up the slightest musical nuance!