This system is high up in the pantheon of integrating High End HiFi with a Home Cinema system. The system began life with an Anthem D2V at the heart offering one of the best sound quality multi-channel preamp decoders available. We were asked to up the ante somewhat, with a high quality stereo music solution at the heart, integrated into a high performance Home Cinema.

We ended up with B&W 800 D3 speakers as the main front left and right being driven by Bi-Amped Naim NAP-500 power Amps, in turn driven by a Naim NAC-552 preamp. The main music source is a Linn Klimax DS streaming player, streaming music from a Melco N1Z server. We added a unity-gain input to the Naim NAC-552 preamp from the Anthem AVM-60 processor, which effectively gave us control of the front left and right speakers for the Cinema system.

The Cinema system was set up as a Dolby Atmos 5.1.2 system, with a pair of Atlantic Technology in-ceiling speakers for the front height channels, utilising some pre-existing Paradigm Signature series ADP dipole speakers for the rear channels, and a Monster Signature Performa Subwoofer. The centre channel was a matching B&W 800 series HTM1 D3 speaker. The surround channel speakers were driven from a pre-existing Anthem P5, which gave plenty of headroom for the most exciting of sound tracks.

This sorted the sound into an impressive enveloping experience, in what is a relatively small room. 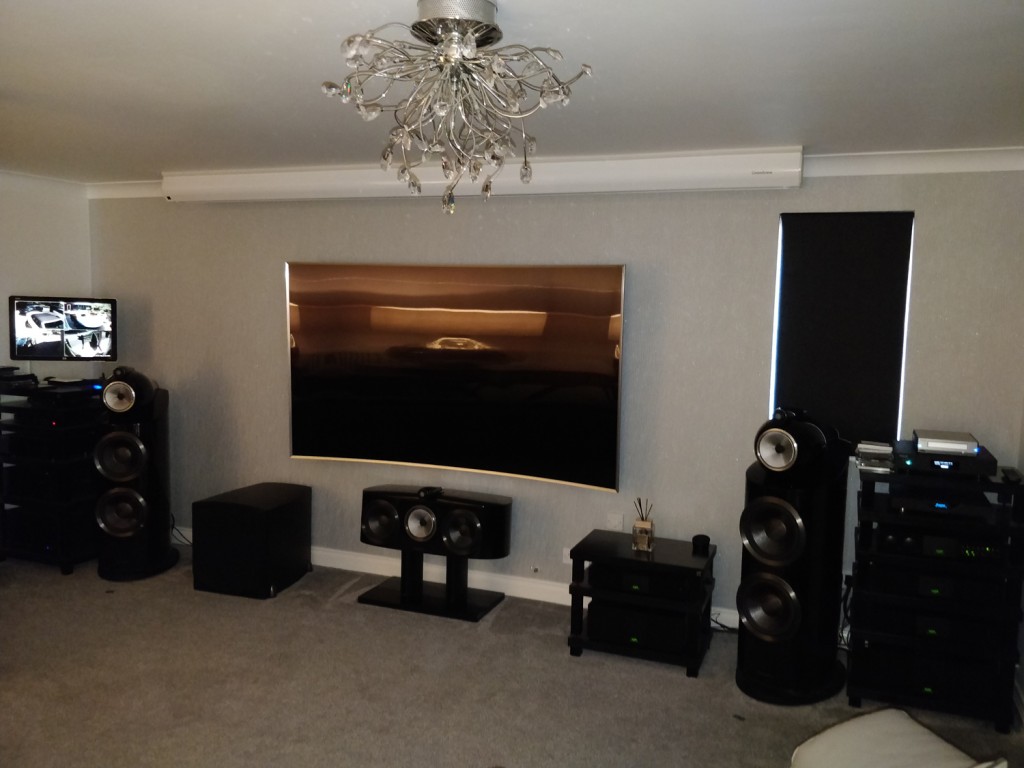 The Video parts included sources from Sky Q, an Oppo BDP-205 4K blu-ray player, a 4K Amazon Fire TV, and a 4K Apple TV, giving plenty of selection. System control was via a Logitech Elite remote, which provides simple 1-button selection of activities, being able to select between a Samsung curved 4K tv display and the Sony VPL-VW750ES 4K projector. When the projector is in use, the screen is a full 2.4:1 Cinemascope format, with buttons on the remote to select between 16:9 and the full Cinemascope experience. 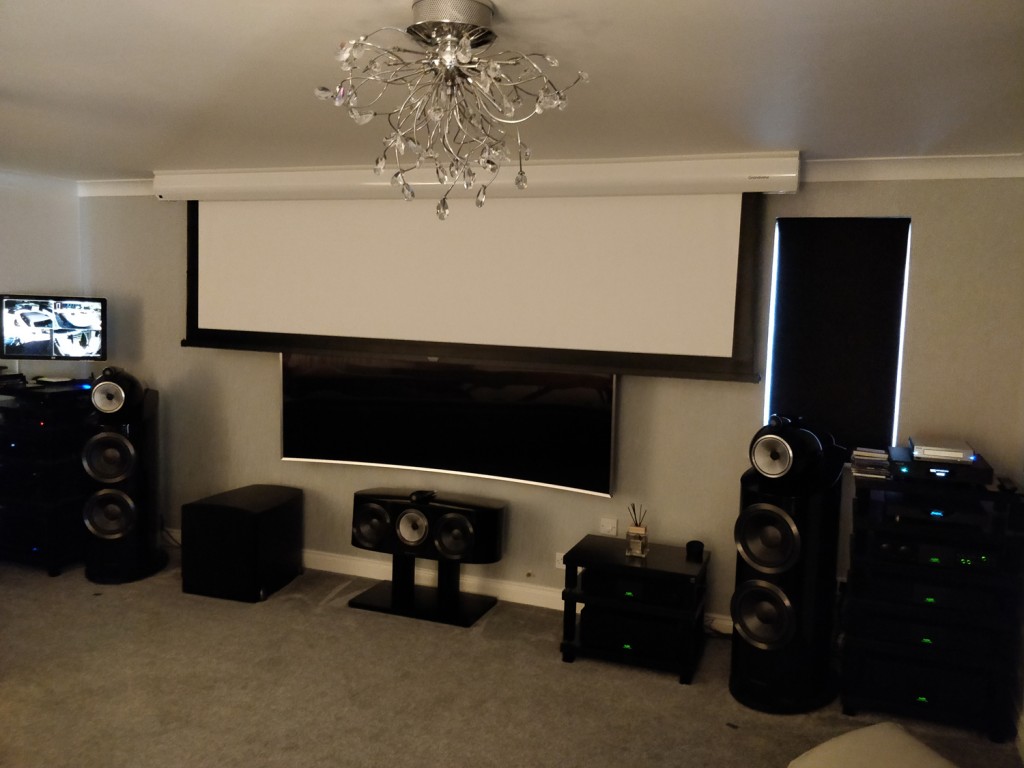 We ended up with three separate racks for the equipment, and with the large front channel speakers and Sub, space was at a premium. We just managed to squeeze in a 10′ wide screen in between the main left and right speakers, as being the largest one that would fit, resulting in a spectacular presentation of movies.